BEIJING, Dec. 3 (Xinhua) -- The following are the updates on the global fight against the COVID-19 pandemic.

SEOUL -- South Korea reported 540 more cases of COVID-19 as of midnight Wednesday local time compared to 24 hours ago, raising the total number of infections to 35,703.

The daily caseload hovered above 500 for two straight days, growing in triple digits for 26 days running owing to small cluster infections in Seoul and its surrounding Gyeonggi province as well as imported cases.

Meanwhile, 51 more deaths were reported, bringing the death toll to 9,103, the ministry said.

Eight new imported cases were reported in Shanghai, four in Guangdong, two in Shandong, and one each in Hubei and Shaanxi, the National Health Commission said in its daily report Thursday.

PARIS -- France reported on Wednesday 14,064 new confirmed COVID-19 cases, up from 8,083 a day before, while pressure on the hospital system continued to ease, according to data released by health authorities.

The total number of confirmed coronavirus cases in the country now stood at 2,224,635, the fifth highest tally in the world. 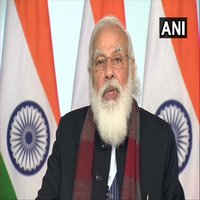 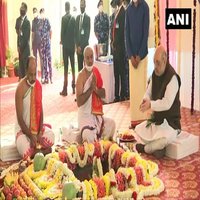