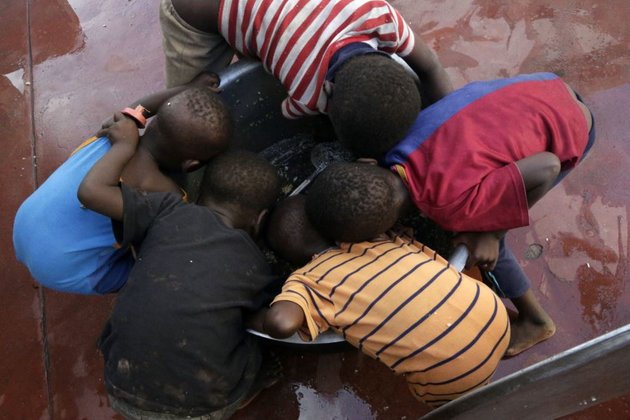 Aid Workers in Africa Challenged by Aftermath of Cyclone Idai

Aid workers were confronted with chaos and pleas for help Friday in Mozambique as receding waters allowed them access to storm-stricken areas a week after Cyclone Idai swept through the southern African region.

The death toll is expected to soar as more bodies are discovered. Workers from relief agencies have voiced surprise over the gravity of the damage inflicted by the storm and subsequent flooding.

More than 600 deaths have been confirmed in Mozambique, Zimbabwe and Malawi. The Mozambican government said it expects the figure to rise to 1,000 or more. Some 1.7 million people were affected by the storm, one of the most powerful to strike the region in decades.

As they labored to salvage any personal possessions they could find, many residents in the affected areas worried about their future and shortages of essentials such as food, water and medicine.

Henrietta Fore, the executive director of UNICEF, the United Nations International Children's Emergency Fund, told the French news agency AFP that aid agencies were behind in efforts to provide humanitarian relief to tens of thousands of Mozambicans.

'We are running out of time,' she said.

International aid efforts are coordinated by the World Food Program, or WFP. The agency's southern Africa director, Lola Castro, told VOA that relief groups are confronted with a 'humongous logistics challenge' to help victims who are 'extremely stressed.'

Castro said problems are compounded by the fact the stricken areas are located near the mouths of rivers. 'Remember, these are deltas and all these deltas are between salt- and freshwater.'

She said the tidal waves created by Idai may have salinized area waters, adding, 'People are drinking this.'

Hundreds of thousands of people have been displaced and are in need of shelter. The World Health Organization has warned that squalid conditions could help lead to the spread of infectious diseases.

The International Federation of the Red Cross and Red Crescent Societies said Friday that cases of cholera have been reported in Beira, Mozambique's fourth-largest city.

U.N. Secretary-General Antonio Guterres said Friday that the U.N. and its humanitarian partners are 'scaling up the response with the initial funding from generous donors.' He said the U.N. has already released $20 million, but added, 'Far greater international support is needed.'

The WFP's Castro said a 'huge' humanitarian response is just the beginning.

'The [Mozambique] government is going to need a lot of support on this, and the international community will have to look into a very long-term' humanitarian relief campaign, she said.