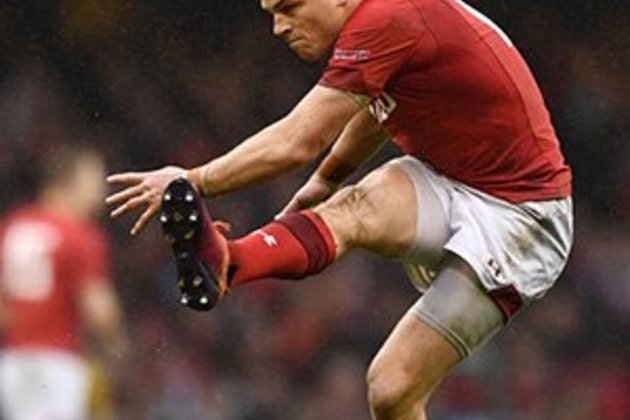 Cardiff - Gareth Anscombe is backing Wales to "ruffle a few feathers" at the Rugby World Cup in Japan later this year after storming to Grand Slam glory in the recent Six Nations.

Wales will go into September's showpiece looking to improve on two semi-final appearances, at the inaugural 1987 edition and eight years ago, when they lost by just one point to France.

The last four is a realistic target for Wales, who climbed to second in the global rankings behind double-defending world champions New Zealand following their Six Nations clean sweep.

"The thing with World Cups is that you need an ounce of luck," said flyhalf Anscombe, who kicked 20 points in Wales' 25-7 win over Ireland in Cardiff last Saturday that completed the Grand Slam.

"We are fairly confident in what we can do, I think we have reason to believe we can go there and ruffle a few feathers."

If Wales get through a pool that also includes Australia and Fiji they will likely face one of France, Argentina or England in the quarter-finals.

However, assuming they make it to the last four, pool position could have a bearing on whether they face New Zealand - who Wales haven't beaten since 1953 - in the semi-finals.

"With the World Cup, it is about getting out of the pool, and then in knockout rugby anything can happen," said Anscombe.

"Like 'Gats' (Wales coach Warren Gatland) has said, we have a habit of winning at the moment. Hopefully, that holds us in good stead, come Japan."

Wales are on a national record run of 14 successive Test wins and Anscombe admits their recent hot form has put them in the spotlight.

"For some reason, I think we have always been able to slip under the radar ... for some reason there is a consensus among the rugby public that they don't rate us," said Anscombe.

"There will be some added pressure no doubt, but we have every right to go to Japan with a hell of a lot of confidence and see what happens."