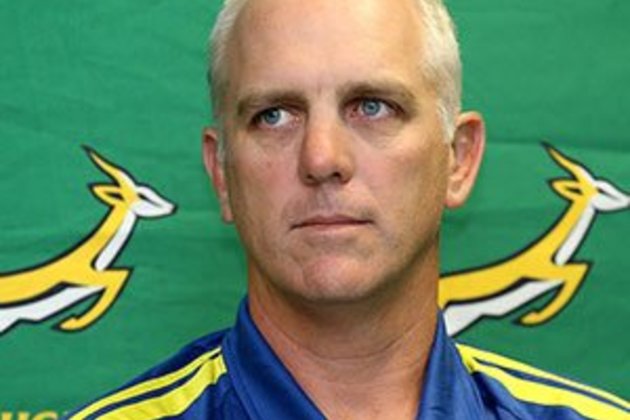 Cape Town - Junior Springbok coach Chean Roux was pleased with the progress made by the SA Rugby Academy squad as their second training camp concluded on Thursday evening with matches against the Boland Amateur squad in Wellington.

The SA Rugby Academy group was divided into two teams with each side playing a 50-minute training game against the hosts at the Boland Stadium. Both encounters were fast and physical.

Roux, who has been steering the SA Rugby Academy structures with his SA U20 assistant coaches, emphasized that there was hard work ahead as he prepares to select a Junior Springbok training squad with an eye on the World Rugby U20 Championship in Argentina in June.

"The players have come a long way and they executed some of things we have been working on well against Boland," said Roux.

"But we all know that there is still a lot of hard work ahead. When the players get together again in a little over a week, we will recap the basics and then progress from there."

Roux singled out the players' communication as one of the main positives from the match and said: "This is a group of new players from different unions and who are used to different combinations, and for us the communication on the field was massive. It will continue to be an area that we will work on, but we have a solid base that we can improve on."

With the players also having had training matches against the Western Province SuperSport Rugby Challenge team, the Maties side and a training session against the Stormers, Roux was satisfied with the way the players have developed since the start of the SA Rugby Academy programme.

"In this set-up it is important to get the players battle-hardened, especially since they are in contention for World Rugby U20 Championship selection.

"One plays a game every four days in the competition, which is something these players haven't done, and there are a bunch of new Laws and plays that come into the equation at that level, which we have to prepare them for."

The SA Rugby Academy players were released to their provincial unions on Friday, and will assemble in Stellenbosch for their last training camp on Sunday, March 31.