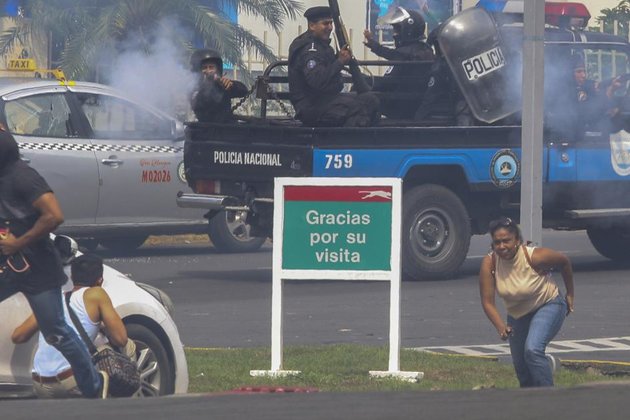 The brutal crackdown in Nicaragua has prompted regional players to call for intervention by the United Nations Human Rights Council - the first-ever resolution on Nicaragua.

This week, a group of countries from the region - Argentina, Brazil, Canada, Chile, Colombia, Costa Rica, Ecuador, and Peru - will present a resolution calling on the High Commissioner to monitor the situation on the ground and report back to the Council later this year. This would be a crucial next step in addressing the human rights crisis that is rapidly tearing the country apart.

During the current Council session, Nicaraguans have come to the UN to tell their stories: rampant government crackdown, brutal violence at the hands of police officers, mass detention of protestors, and shocking sexual violence against political prisoners. So far, these allegations have been met with outright denial by the government.

Human Rights Watch has been calling for an urgent response by the Human Rights Council since last August and the situation has only deteriorated since then. First, in August, the Office of the High Commissioner for Human Rights was expelled for reporting on the country, then the Inter-American-mandated investigators were expelled in December, just one day before they released their report calling for Nicaraguan authorities, including President Ortega and his police chiefs, to be investigated for the commission of crimes against humanity.

The Council has a duty to respond to this crisis, which includes documenting violations so abusers may eventually be held to account. By ensuring an independent investigation of the abuses taking place there, the Council is taking the first step toward justice, and giving Nicaraguans hope.