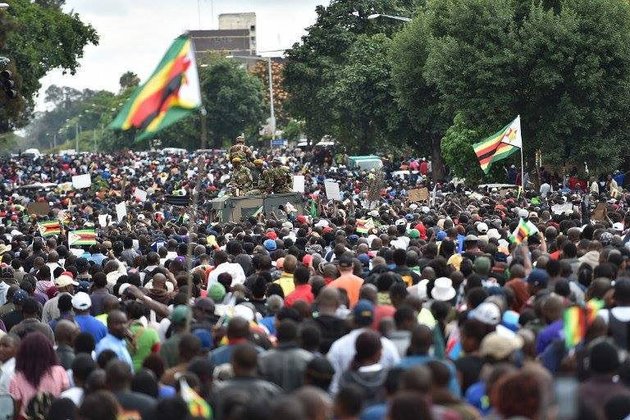 Hundreds of Protesters Arrested in Zimbabwe Street Protests Due to Hig

HARARE, Zimbabwe - Because of a government-induced rise in fuel prices, protesters in Zimbabwe have taken to the streets to show their frustration.

The cities of Harare and Bulawayo were both filled with angry protesters which began on Monday, resulting in various acts of violence.

Many roads were blocked with burning tires, and buses couldn't continue with their daily routes. Reports also showed that some protesters attacked buses in Bulawayo.

They also attacked other vehicles while trying to force Zimbabwe president Emmerson Mnangagwa to step down.

The turn of events forced schools to close temporarily for fear of children getting hurt in the crossfire.

More than a hundred protesters have been arrested for public disturbance and violence, including prominent activist, Pastor Evan Mawarire who was arrested in his home and is facing a charge of in citing violence..

According to Security Minister Owen Ncube, there have been a number of deaths that have occurred as a result of the protests. Whilst he would not give exact figures, media reports say severa people have been killed, with Reuters putting the number at five. The minister has ordered an investigation into the protests.